When I first visited Hamburg – it must be 15 years ago – you could say the journey was the reward, at least a big part of it: Together with two school friend I spend several hours on regional trains from the deep south of Germany to the far away Hamburg. Despite the lacking comfort this rail trip gave me a sense of the distance between those German regions.

I haven’t been to Hamburg since (shame on me),  but I made similar experiences when I visited other parts of Germany … the differences within this one country strike me everytime again: landscape, architecture, dialect, food (of course), mentality,….

So, after years, I came back to Hamburg, this time with my friend Anna. Times had changed: I reached Hamburg by plane and accomodation and the whole travel were far more comfortable.

But this one thing didn’t change: The feeling of difference – the excitement that this maritime trading city also is Germany. 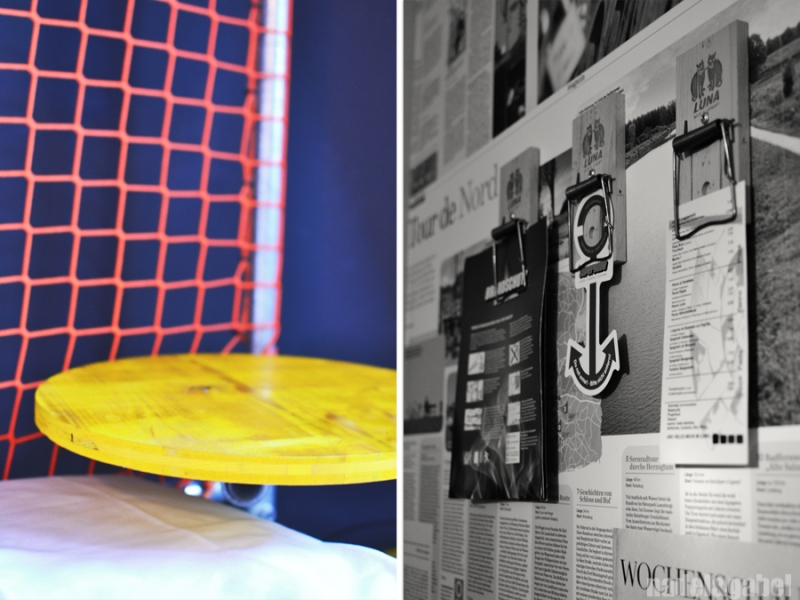 We stayed in the middle of the the popular Schanzenviertel, full of bars, cafés and nice little shops in the hostel (which is tending towards hotel) “Superbude”, which scores with its young and creative industrial, but comfy design and all facilities you need – old or young. 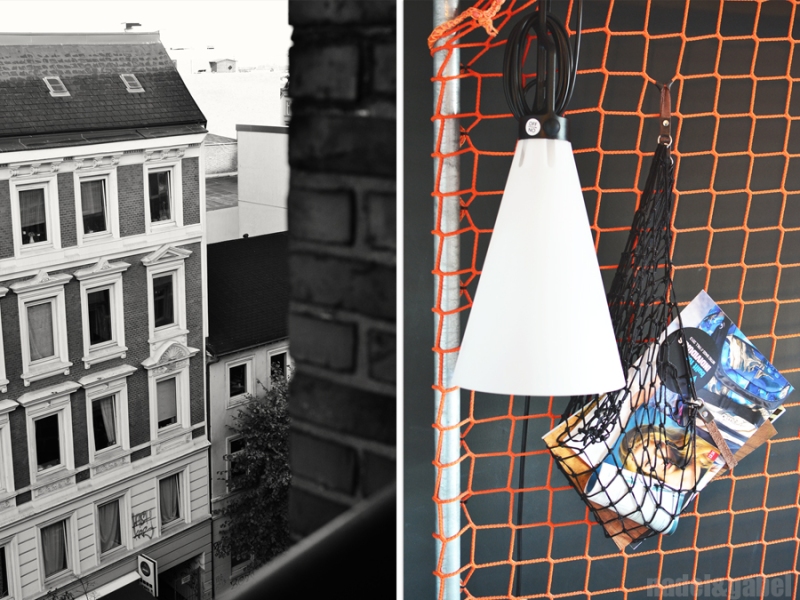 We had our first breakfast in the portuguese “Café Estrela” which is obviously popular around the quarter. Holiday memories awakened when I bit into my pastel de nata, took a sip of my galão…. 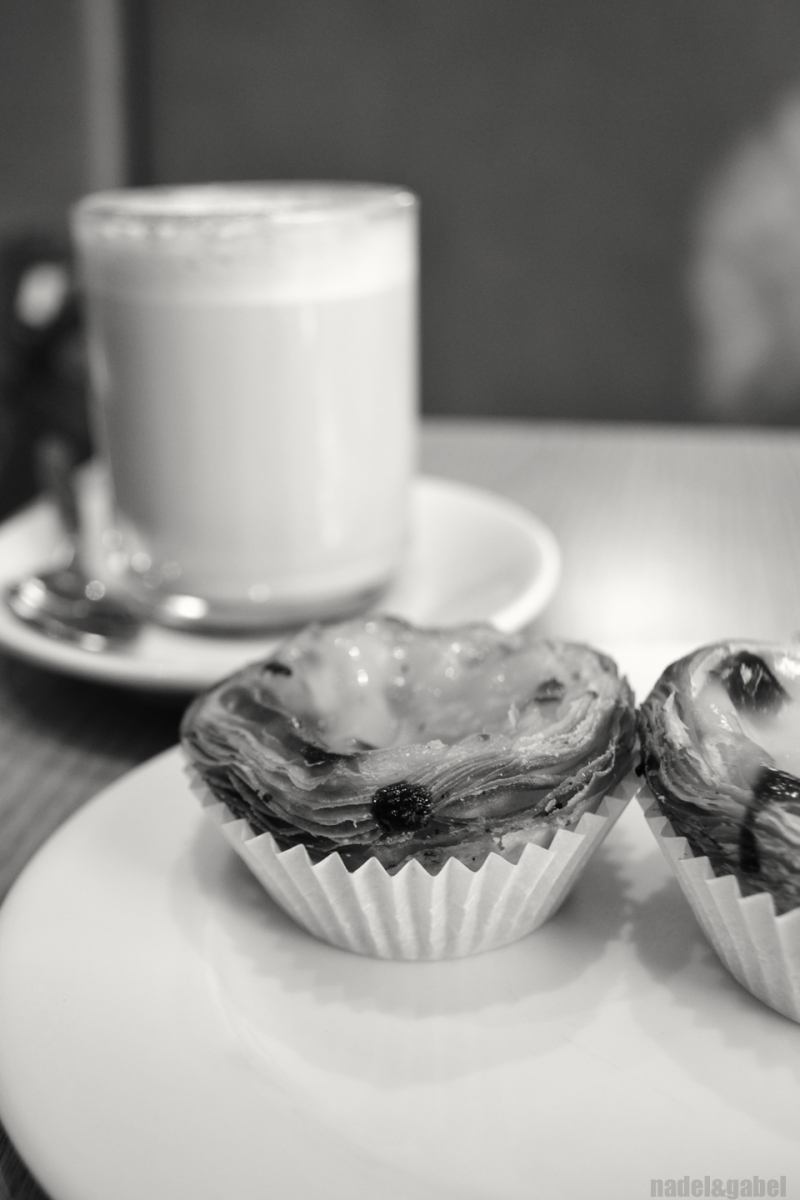 The patisserie and café “Herr Max”  we discovered later – and had to enjoy an extended breakfast there.

The beautifully tiled floors and walls are a legacy of the old milk shop that had been here from 1905 on. With lots of love for the details the interior is furnished corresponding to the location.

Not to forget about “Unter den Linden”, the calm and relaxed café in the middle of the Schanzenviertel and just around the corner from the “Superbude”, but at the same time off the beaten track, a refugium. We spend there two evenings full of talking and it felt so homely that the idea didn’t occured to me to take one single picture…

A must in Hamburg is to visit the district Speichertadt, the world’s largest integrated complex of warehouses, build in 1883. Impressive rows of huge brick buildings separated by narrow canals and connected by lots of little bridges. All the wealth of the hanseatic trading city is expressed here. 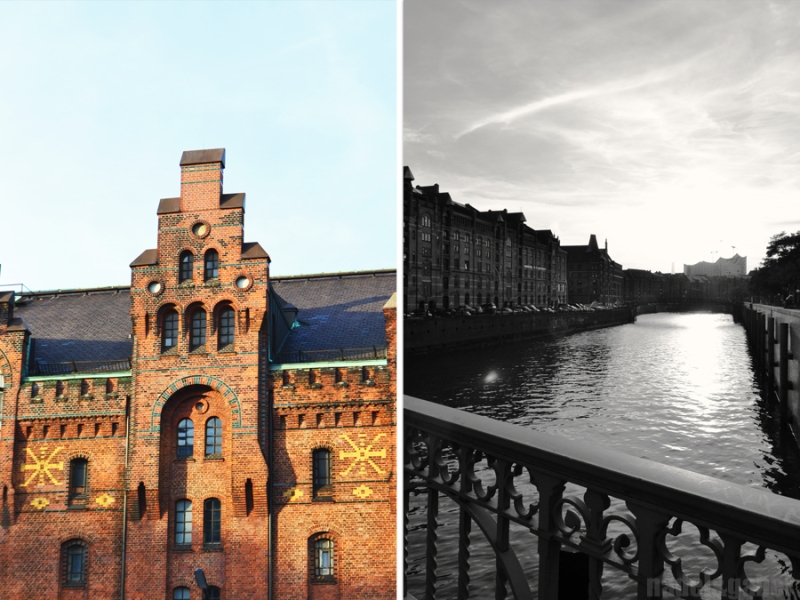 … and perhaps also its megalomania looking at the unfinished Elbphilharmonie in the background? ….

If you need a little refreshment on your way further to the old town or the harbour we can deeply recommend “Ti Breizh” (thanks to Fee for this tip). In cozy atmosphere and with beautiful views I enjoyed this great Bretonian buckwheat crêpe with pears, smoked ham, poached pears, walnuts and roquefort sauce … bam!

Just around the corner is the famous Chilehaus with its dark brick walls – 4,8 mio. bricks! The architecture reflects the shape of a ship. It was built in the 1920 and is considered a representative example of modern expressionist German brick architecture. Building owner was one of Hamburgs richest citizens, Henry B. Sloman, who made his money with importing salpeter from … Chile. The “Manufactum” shop which is nowadays inside the building is worth a visit, too.

If you’re visiting the old town of Hamburg, which you should, and you’re around the town hall, you have to make a stop at the “Café Paris“! It’s a classic french café that we were really lucky to find.

I had associated coffee houses with France but mainly with the former Habsburg monarchy and its cities. I loved to sit in them in Prague, Vienna and Budapest, but I didn’t expect to find a similar location in Hamburg … suddenly Hamburg didn’t feel that far away anymore…

It is not only a pleasure to sit in this old Jugendstil building, but it’s also a culinary one: I had one of my best cheesecakes here!

“Schiffahrt und Handel” (shipping and commerce) – In this beautiful ceiling fresco you find Hamburg in a nutshell.

The fish market in Hamburg-Altona testifys this as well. It’s open only on Sundays, but the building itself is worth a second view. 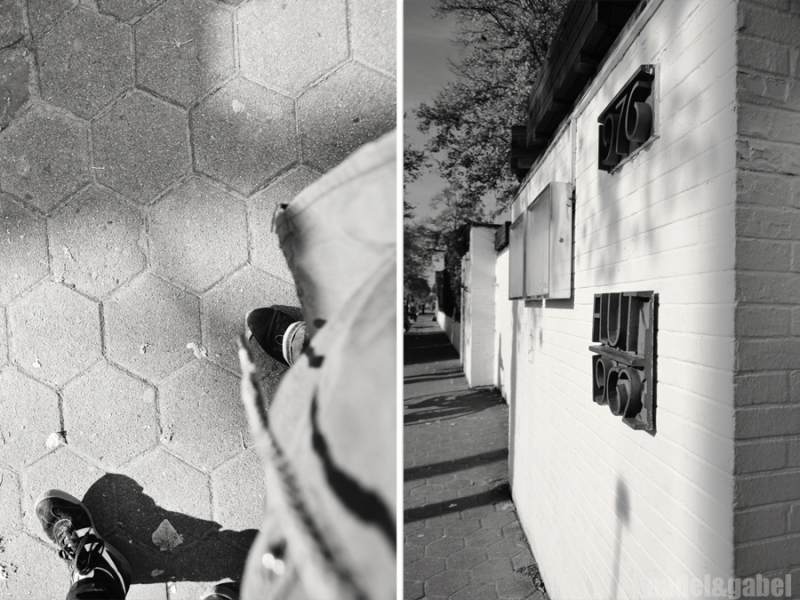 A few landings stages further down the Elbe and the holiday feeling was there again. 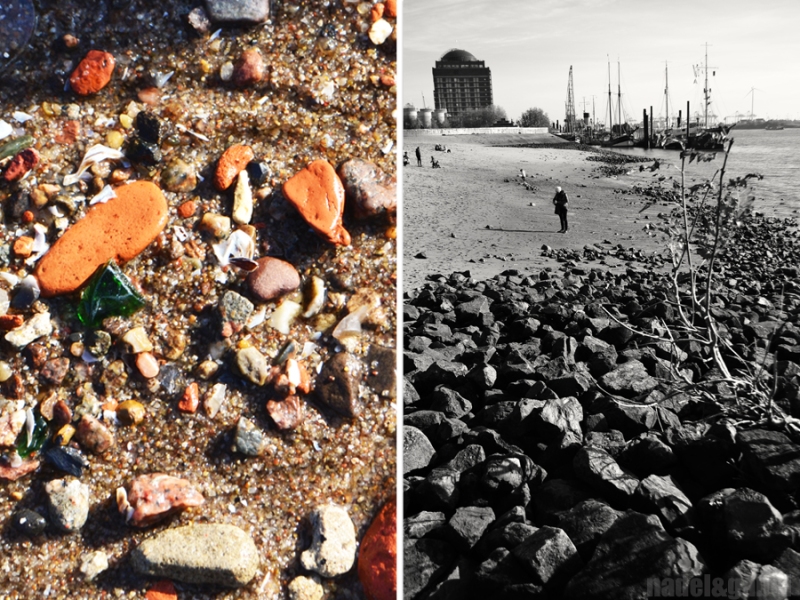 At the sandy Elbe strand, we looked for beautiful stones, enjoyed the warming autumn sun and the views at the “Strandperle” beach cafe/restaurant.

Vis-à-vis to the the docklands – Hamburg is one of the leading sea freight ports in the world – we watched the port machinery working and those huge container giants passing by – making humans feel like ants. 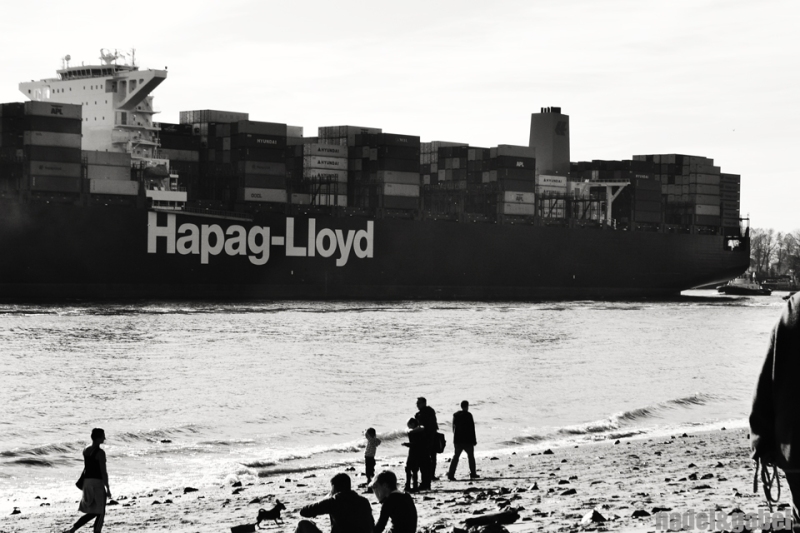 Last but not least, let me mention the exhibition at the “Deichtorhallen“ on “100 Years of Leica Photography” that I’ve visited on the last day (Anna preferred the “Hamburger Kunsthalle”).

After visiting this exhibition 1. I really wanted to have a Leica camera and 2. I was totally black&white inspired … as you can see 😉

So, this was my second short trip to Hamburg. Beside the fact that I had a great time with my best friend, this foreign city became a bit more familiar to me. Hopefully it won’t take another 15 years to visit it again, cause I know there is a lot more to see. 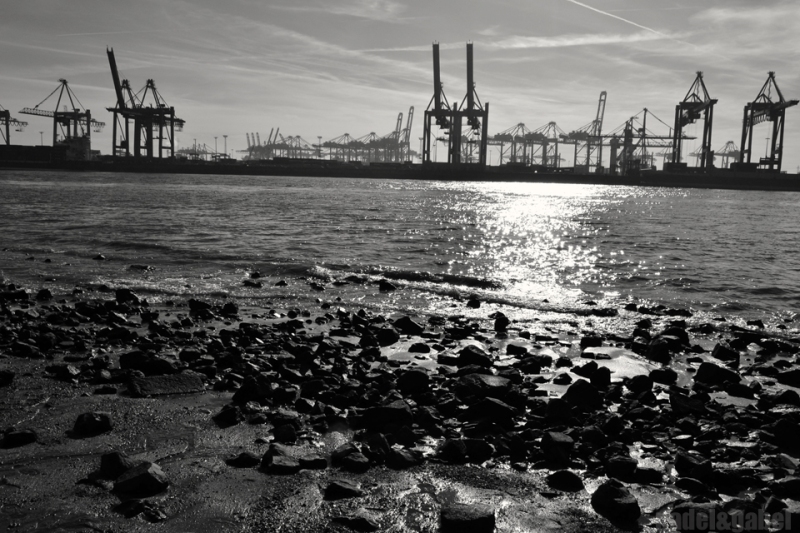 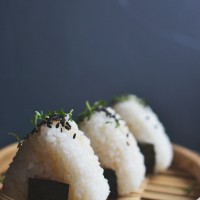